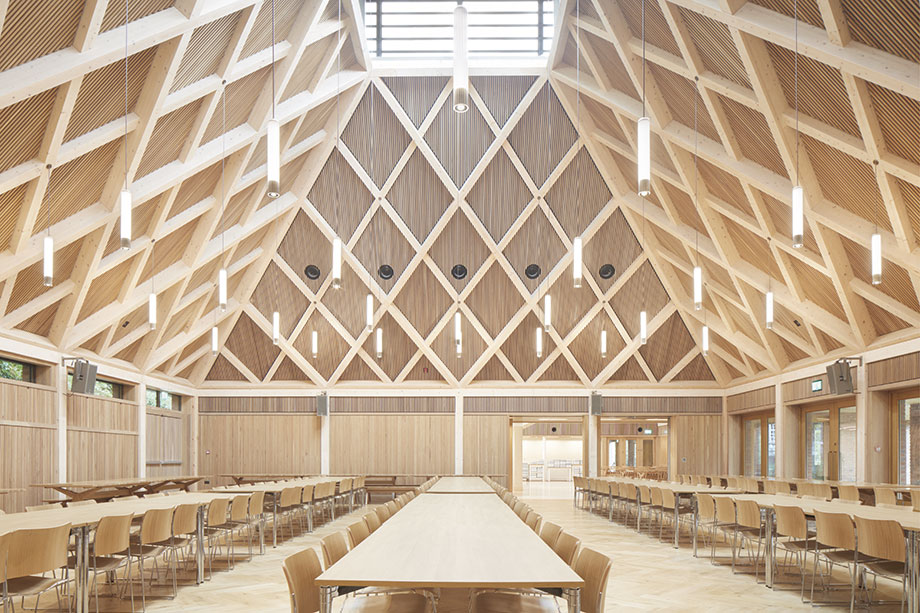 Proud to see one of our recent projects; IBSTOCK PLACE SCHOOL feature in the prestigious Royal Institute of British Architects journal recently.

The Royal Institute of British Architects is a global professional membership body driving excellence in architecture; we are privileged to have been featured in their highly acclaimed journal.

The project Is an exemplar in Architectural Joinery, in which we installed all of the wooden acoustic wall and ceiling panelling; bringing to life an outstanding design by Maccreanor Lavington.

Ibstock Place School is a co-educational private school in South West London which caters for nursery through to sixth form. Founded in 1894 in Kensington, it moved in 1946 to occupy an elegant Edwardian mansion which still houses the entrance and main school today. 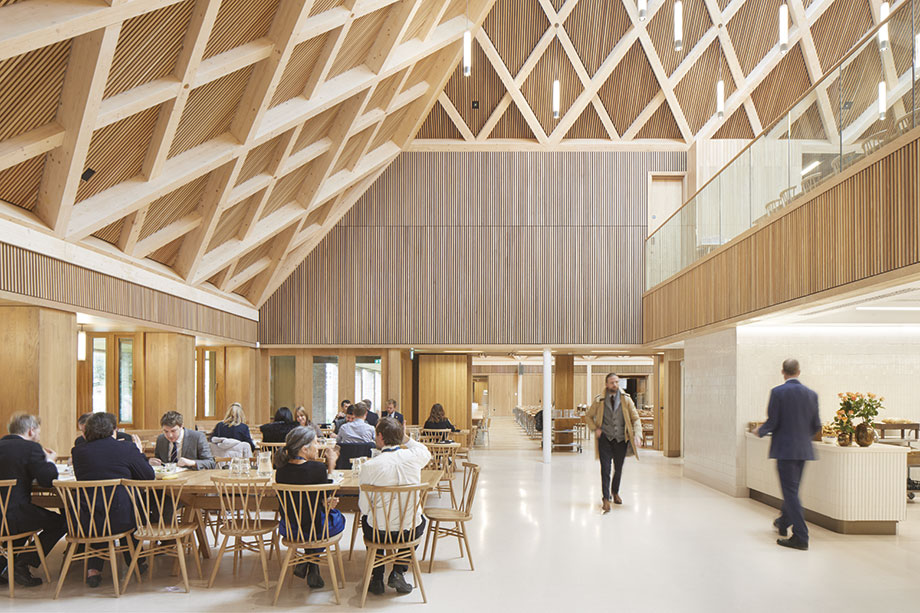 The brief for this project was broken down into three simple attached volumes: a kitchen, a servery and a dining hall, to replace the old conservatory style 1990’s dining area. With 1200 students and a large staff body, the old building was not coping with circulation flows and capacity with a mere 580 Sq metres.

The result was a new superb cathedral like refectory positioned at the heart of the school, creating 1950 Sq metres of space including a basement, mezzanine and hidden sixth form study room in the loft. The design was all about the roof in which Keenwood was instrumental in delivering.

The three volume form of the roof provides glimpses of the trees, allowing light through the slots between the three roofs with great attention paid to materials, bonnet hips and roof pitches. The vaulted ceilings, low hanging eaves and cloister exemplify the intrinsic detail of the joinery craftsmanship.

The soffit and timber curtain walling on the western elevation within the cloister give a hint at what awaits visitors stepping into this magnificent cathedral like space. Timber surrounds visitors on all sides, creating an enveloping internalised environment focused on the social aspect of eating.

The soffit and timber curtain walling on the western elevation within the cloister give a hint at what awaits visitors stepping into this magnificent cathedral like space. Timber surrounds visitors on all sides, creating an enveloping internalised environment focused on the social aspect of eating. 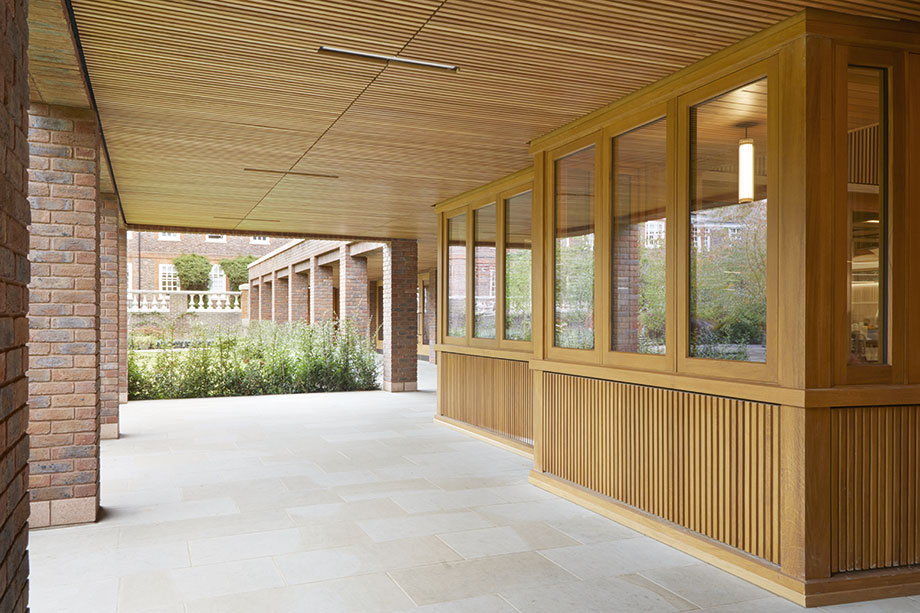 The roof soars above, enclosing a mezzanine dining space for sixth formers. Timber was chosen to limit the palette of materials and selected for its natural quality that is welcoming and inviting in large volumes.

The structure is formed by a thicker primary and secondary diamond lattice spruce set grid, supported by columns at ground floor and the remainder is oak, in keeping with the central stair of the main house. At ground level the panelling is solid; on the ceiling the slats are backed by an acoustic fabric screen. The whole space is designed with acoustics in mind mitigating the noise build up over lunch periods. Slotted between the three pyramids are flat-roofed areas that accommodate further circulation with stairs directly accessing the sixth form space in the lofts. In the mezzanine, Ercol chairs pick up the diagrid of the roof. Above the kitchen is the sixth form study room to make most of the building heights. Here the oak slats hide the structure to create a more calming feel than the exposed structure elsewhere.

Exquisite throughout, an quality project oozing the best in quality craftsmanship and intrinsic design, exemplifying the joy in the craft.